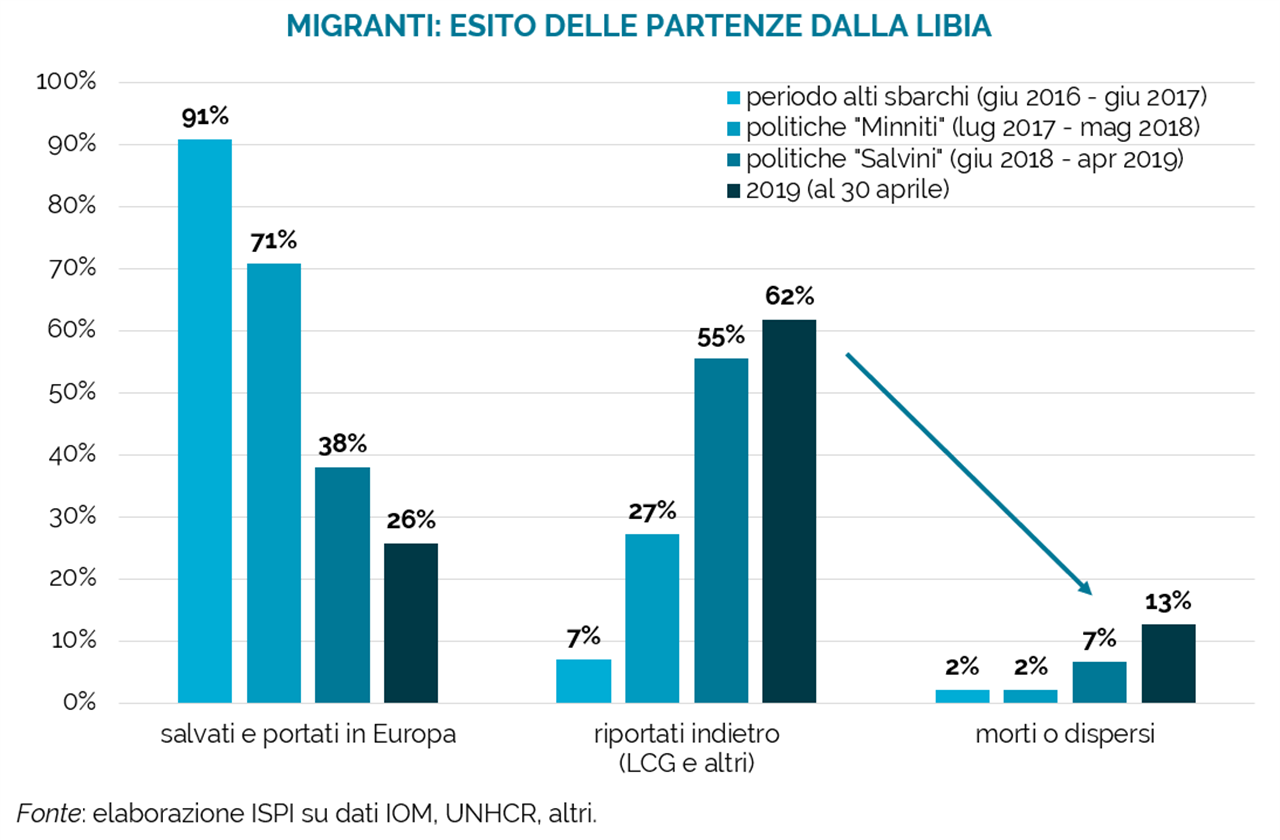 It sank like a badly-made paper boat, swallowed up by the waves of rough seas. And those who had entrusted the hopes of a better life to the battered ship, didn’t stand a chance. At least 115 people, including men, women and children, will never see their dreams of a future without war and famine come true.

The 135 survivors who managed to stay afloat and were rescued by fishermen who were in the range of the shipwreck off the shore of Al Khoms, 120 km from Tripoli, watched them die like rats overwhelmed by the waters. With no chance of escape.

What was to be the “ship of hope” became a death trap. Less than 24 hours after the United Nations High Commissioner for Refugees, Filippo Grandi condemned the shipwreck as the worst tragedy in 2019, the European Union released its customary – hypocritical – statement, “[What occurred yesterday in the Mediterranean] is a terrible reminder [to the Commission] of the risks still faced by those making this dangerous journey to Europe. Every life lost is one too many. Our aim has always been to prevent lives being lost at sea (…)”. Ironic, ridiculous, if it weren’t for the death toll of this umpteenth shipwreck foretold.

Every time corpses surface or bodies are identified in ships that have become steel coffins at the bottom of the Mediterranean, shouts of indignation and promises of intervention ring loudly. Words that are never put into effect even as the number of fatalities rise.

These numbers establish immigration as the worst crisis in the 21stcentury. Yet, despite the enormity of what occurs daily in our waters, every time our government is “forced” to dock a ship – if it hasn’t sunk leaving the task of retrieving the cargo of lost human lives to the Coast Guard –  there is always someone who frowns upon it and an outcry that refugees are received too easily in Italy.

Looked upon by many as “dead weights” that the government “burdens us with” to the detriment of many struggling Italians, the refugees that risk their lives to arrive in our country are not seen for what they are: desperate people who tempt fate crossing the Mediterranean Sea on overcrowded sea barges because they have no other choice.

Most of the refugees are from Eritrea, Nigeria, Somalia, Sudan and Syria. Men, women and children who are only looking for a chance for survival. Not to mention that asking for help is within their rights.

In 2019, according to the United Nations Human Rights Council, one in three people lost their life trying to reach Europe along the route that passes through Libya. In the first four months of this year, 422 people died in the Mediterranean (UNCHR data), in percentage it is the highest overall number of victims of departures since 2014.

All of Europe is responsible, not just Italy that has decided to renege on its history of hospitality and humanity.

The European Union has failed to define common policies on immigration and asylum. The half-hearted attempts by the European Commission to reform the Dublin Regulation and establish a fair distribution of reception between Member States have not had positive results.

We are all aware that a “humane” solution to the problem of immigration is not a priority in Europe. Much less to our own government as can be seen by the approval of the new Safety Decree.

All that remains is “simply” the tragedy of desperate people trying in vain to land on our shores in search of safety from war, crises and natural catastrophes.