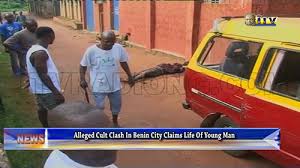 In West Africa Violence is growing once again and this time it touches Benin, a state that until now seemed to have managed to remain extraneous to the attacks. The first taste took place on sunday 6 February when a group of men armed with automatic rifles and machetes attacked police station in the town of Mekrou-Djimdjim. A policeman was killed and the building was set on fire. This village is located just over the Burkina Faso border and the attackers immediately returned to the neighboring state. But the worst of it happened just two days later when a group of W National Park rangers were ambushed. Five rangers and their frenchinstructor were killed in this ambush, while an official and a soldier of the beninese army fell in the immediately following convulsive phases which also saw an unknown number of wounded. The W National Park, so named because it follows the curves of the Niger River, is managed by a South African NGO called African Parcs. The northern part of Benin had already seen the kidnapping of a couple of French tourists last May and the killing of their guide in the same national park that extends precisely on the border between Benin, Burkina Faso and Niger. The response to this violence came from the frenchmission Barkhane which immediately set out on the trail of the terrorists. In just two days the group was identified in burkinabè territory and attacked by airplanes and helicopters. The French General Staff speaks of over 40 terrorists killed in various raids in the area and among them there are also the authors of the attacks in Benin. Benin had suffered the first attacks in late 2021 when some military posts in the northern region of Atacora were attacked and two soldiers were killed. These attacks air states claimed by the al-Qaeda-affiliated Islamist group Jama ‘at Nusratal-Islam wal-Muslimin (Jnim), as well as two other firefights with the Beninese army also in the border region of the three states. For the moment there are no claims for last week’s attacks, but the islamist matrix coming from the northern states seems quite clear. The fact that there are claims by specific and territorial groups is an al-Qaeda response to the massive growth of the Islamic State in the area that has taken control of Boko Haram in Nigeria and created the Islamic State in the Great Sahara precisely to supplant al-Qaeda. The clash between the two jihadist groups is very heated and on different stages, but this new group based in Burkina Faso is the answer that Osama bin Laden’s disciples are still very rooted in the region. The terrorist threat is therefore moving southwards and could very soon involve Benin, Togo and even Ivory Coast as already happened in 2016. Togolese security forces said they had repulsed an attack by armed men from Burkina Faso, but they do not seem able to repel a big attack from the north. In 2017, a military cooperation agreement was signed in Accra between Benin, Ghana, Burkina Faso, Togo and the Ivory Coast to fight the Islamist. The government of Ougadougou said last November that it conducted a military operation with the Ivory Coast, Ghana and Togo, arresting over 300 suspects and seizing weapons and drugs, but it seemed only a facade operation.