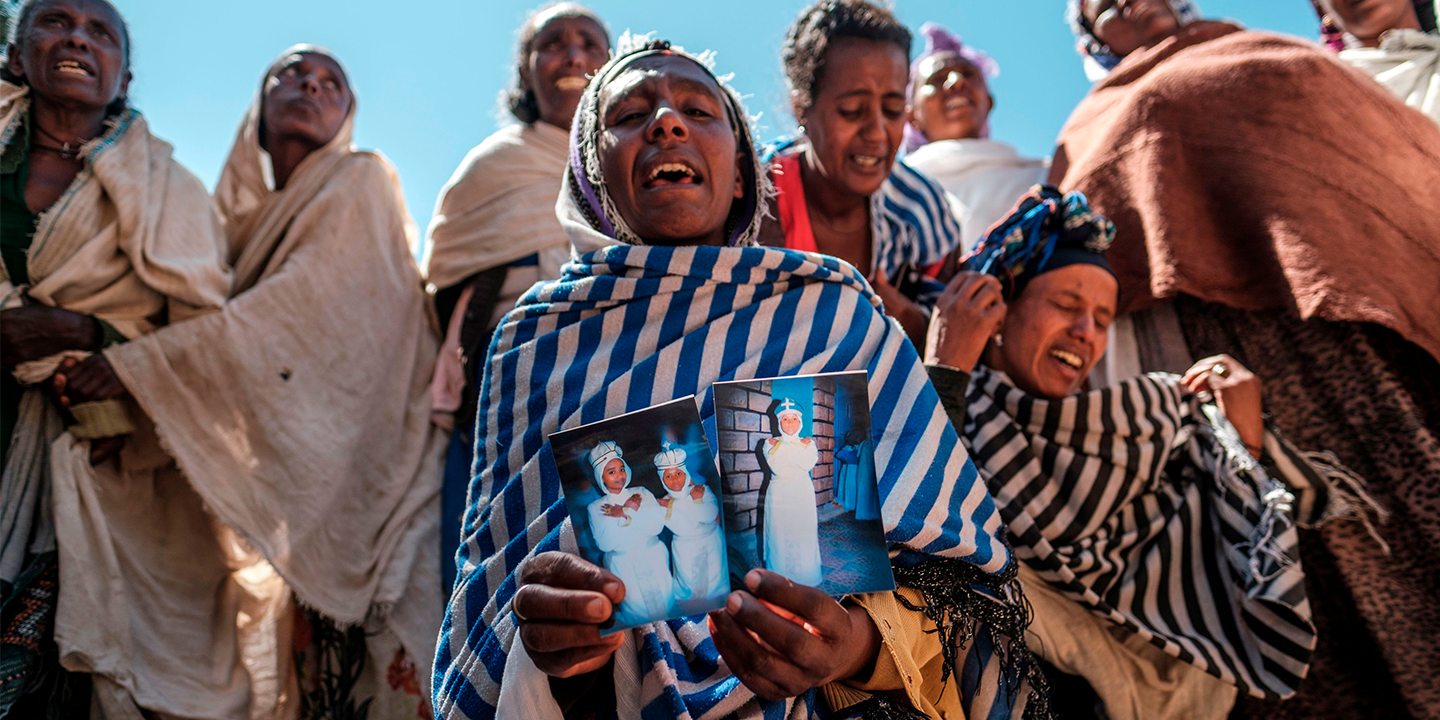 Fighters affiliated with the Tigrayan People’s Liberation Front (TPLF) deliberately killed dozens of people, gang-raped dozens of women and girls – some as young as 14 – and looted private and public property in two areas of northern Ethiopia’s Amhara region, Amnesty International said in a new report released on 16 February.

The atrocities were perpetrated in and around Chenna and Kobo in late August and early September 2021, shortly after Tigrayan forces took control of the areas in July.

In Kobo, a town in the north-east of the Amhara region, Tigrayan fighters deliberately killed unarmed civilians, seemingly in revenge for losses among their ranks at the hands of Amhara militias and armed farmers. Amnesty International interviewed 27 witnesses and survivors, including some who helped to collect and bury the bodies.

Satellite imagery analysis by Amnesty International’s Crisis Evidence Lab shows evidence of new burial sites on the grounds of St. George’s Church and St. Michael’s Church, where residents said they had buried those killed on 9 September.

From July 2021 onwards, in and around Chenna, a village north of Bahir Dar, the capital of the Amhara region, Tigrayan forces raped dozens of women and girls as young as 14, often in the victims’ own homes after having forced them to provide food and cook for them.

The sexual violence was accompanied by shocking levels of brutality, including beatings, death threats, and ethnic slurs. Fourteen of the 30 survivors interviewed by Amnesty International said that they were gang-raped by multiple Tigrayan fighters, and some were raped in front of their children. Seven of the survivors were girls under the age of 18.

“Lucy”, a 14-year-old seventh-grade student, and her mother were both raped by Tigrayan fighters in their home in Did-Bahr.

She told Amnesty International: “I was at home with my mother and my grandmother when two young men with rifles came to our home in the morning at about 11. One of them wore military clothes and the other wore civilian clothes. They spoke a mix of Tigrinya and some Amharic. They said ‘Our families were raped and now it is our turn to rape you.’ One of them raped me in the courtyard and the other raped my mother inside the house. My mother is very sick now, she is very depressed and desperate. We don’t speak about what happened; it is impossible.”

Many of the survivors suffered severe and long-term physical and psychological damage, including 10 who remained hospitalized three months after they were raped. Doctors who provided medical care to rape survivors told Amnesty International that two rape survivors had to be treated for lacerations likely caused by having the bayonets of rifles inserted into their genitals.

Amnesty International has previously documented similar patterns of Tigrayan fighters raping Amhara women and girls in Nifas Mewcha and has received credible reports of rape from other areas of the Amhara region. Such atrocities constitute war crimes and, potentially, crimes against humanity.

In both Kobo and the Chenna area, residents told Amnesty International that Tigrayan fighters stole possessions from their homes and shops and looted and vandalized public properties, including medical clinics and schools.

The looting and damage to medical facilities made it impossible for rape survivors and other residents in need of medical care to obtain treatment locally, forcing them to wait until they could reach hospitals in Debark, Gondar and Bahir Dar weeks later. For rape survivors, this was far too late to receive crucial post-rape care, some of which needs to be administered within 72 hours.