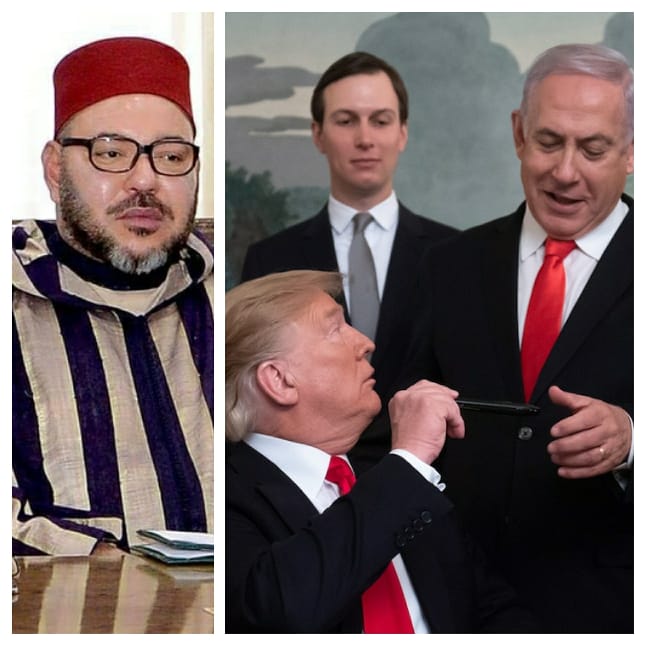 The second deal of the century: “Israel pushed Trump to recognize Moroccan sovereignty over Western Sahara”. According to Israeli and American sources, Israel and the United States have negotiated a trilateral deal according to which the US would recognize Moroccan sovereignty over occupied Western Sahara and Morocco would take measures to normalize relations with Israel.

Why is this so important? The deal would be an important diplomatic result for the King of Morocco, Mohamed VI, and a “well-needed” push for Israeli prime Minister Benjamin Netanyahu. The agreement could even drive forward the Trump administration’s objective to improve relations between Israel and the Arab States, but it would also be a very controversial move that goes against international consensus.

Negotiations between Netanyahu and the Moroccan government became more significant following a meeting established via a back channel with Moroccan Foreign Minister Nasser Bourita during the United Nations General Assembly in September 2018.

The meeting led to a further channel created by Bourita and Israeli national security advisor Meir Ben-Shabbat, with the help of businessman Yariv Elbaz. Elbaz, Jewish-Moroccan, is one of the main food retailers in Morocco and a close associate of Jared Kushner, Trump’s son-in-law.

Elbaz met with Kushner in Morocco in May 2019.

The back channel was established without the knowledge of Mossad director Yossi Cohen who is responsible for Israel’s secret diplomacy in the Arab world.

Cohen was furious when it was discovered, but Netanyahu told Ben-Shabbat to push ahead anyway. According to Israeli sources, Ben-Shabbat wanted to use Israel’s close relations with the Trump administration to obtain a breakthrough with Morocco. He approached Trump administration officials and proposed that the US support the Moroccan position on a sensitive national security issue – the Moroccan occupation of Western Sahara.

The proposal for a trilateral deal was also conveyed to the Moroccans, Israeli officials said.

Netanyahu tried to push the deal ahead of Israeli’s April 2019 election, but it was shelved when details of Ben-Shabbat’s visit to Morocco leaked to the Arab press.

He tried again before the September 2019 election, but national security advisor John Bolton, a fierce opponent of Moroccan sovereignty over Western Sahara, rejected the idea.

The issue came up again in November, before Secretary of State Pompeo’s visit to Morocco.

For further reading, this is the link to the source of the story:

AfCFTA, A Pan-African Dream that Aims to Overcome the Narrow Spaces of Colonial Borders

The year ending in Africa was the sixtieth anniversary of African independence. 1960 was not…