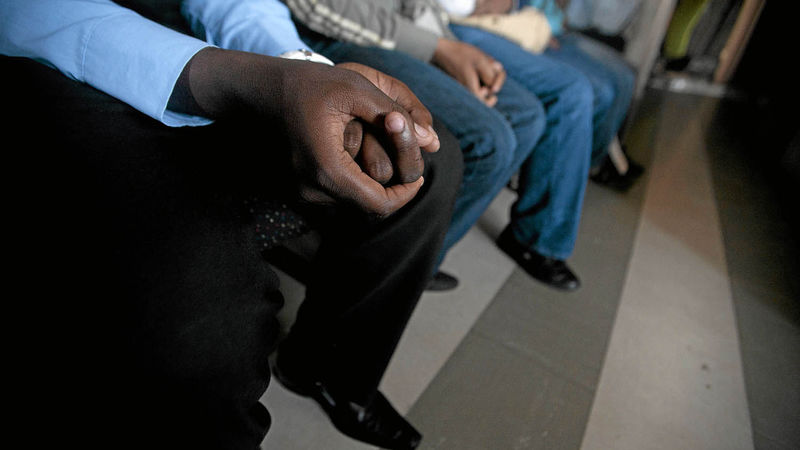 The news went viral only after the US Ambassador to Zambia said he had been threatened for his comments on the sentencing of a gay couple. Daniel Foote stated he was “horrified” by the sentence that put Japhet Chataba and Steven Samba in jail.

In Zambia, where Christianity is the state religion and represents a majority in various denominations (former Catholic Archbishop exorcist Emmanuel Milingo was born in Zambia), the couple was sentenced last week to 15 years in prison for “crimes against the order of nature”.

The maximum penalty for Steven Samba and Japhet Chataba was confirmed last week by the High Court in Lusaka that recognized the validity of the Kapiri Mposhi Magistrate’ Court. A hotel employee in a Kapiri Mposhi reported that she saw Steven and Japhet having sex through a window.

The reaction of US Ambassador Daniel Foote was very harsh. He denounced the double standards set by the Republic of Zambia’s administration of justice saying, “I was personally horrified to read about the sentencing of two men, who had a consensual relationship, which hurt absolutely no-one.”

Stating that the south-central African country receives hundreds of millions of dollars in financial aid from the USA, the diplomat said, “government officials can steal millions of public dollars without prosecution, political cadres can beat innocent citizens for expressing their opinions with no consequences.”

His statements roused Zambia’s Foreign Affairs Minister Joseph Malanji’s outrage who responded that same-sex relationships are illegal in Zambia, “this is why the High Court did nothing other than apply the applicable law.” Adding, “To question (the judiciary’s) decision by a representative of a foreign government is tantamount to questioning the Zambian constitution.”

In an interview with Sky News yesterday, President Edgar Lungu also intervened on the issue, defending the legality of the law. He stated that he would not succumb to foreign diplomatic and economic pressure. “If they want to tie aid to homosexuality,” he said, “if that’s how they want to give help, I fear then that the West can leave us alone to our poverty.”

Out of 54 countries in Africa, including Zambia, same-sex relationships are considered a crime in 31 countries. Furthermore, the death penalty is in force in Sudan, Northern Nigeria, Southern Somalia and there is the possibility of introducing it  in Mauritania.