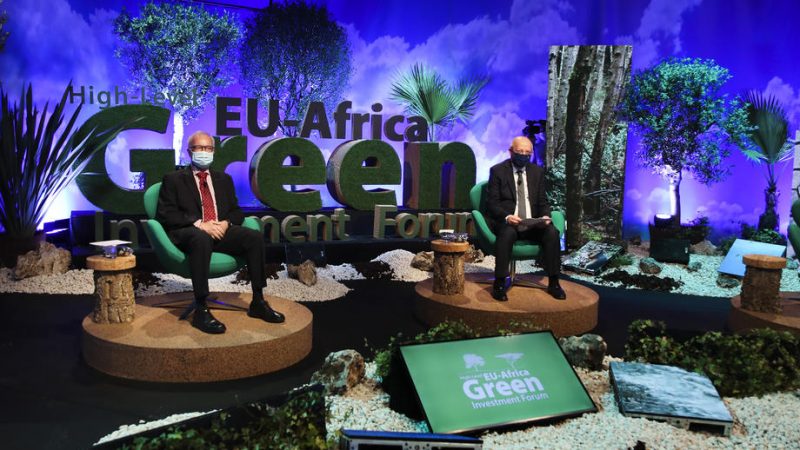 The Global Gateway campaign, launched by the European Union and aimed at Africa as an alternative to the Chinese Belt and Road, has left those who should be the beneficiaries sceptical. Despite the African Bank of Development calculating the continent’s needs for infrastructure works at approximately 130/170 billion dollars a year, the European offer of intervention has not been welcomed by African countries. They do not consider it competitive with respect to the similar initiative of the Chinese government which they have used so far. Nor compared to those prefigured by other countries, such as Turkey and the Arab Emirates, which are increasingly active on the African continent.

The reasons for the lack of enthusiasm expressed concern above all the European attitude, considered unwilling to entertain a dialogue that is not unilateral. “Those who listen to and understand the context in which African countries operate will be the best partner for development” noted Ovigwe Eguegu, a Nigerian political analyst, commenting on the European initiative. As there has been no preliminary consultation with the African partners, “no enthusiasm can be expected from them because no one knows what these promises will mean and how they will be translated into concrete” adds Eguegu. The same criticism was addressed by Faten Aggad, Algerian and consultant to the High Representative of the African Union for relations with Europe, who lamented the lack of AU involvement on the European side, noting that what is true for the Europe is not the same for Africa. The resources foreseen for North Africa, for example, argues Aggad, are subject to unclear constraints, often burdensome for the economies of these countries or impracticable in their administrative practice.

It is the ancient vice, left as a dowry from colonial past and never completely lost, of not adopting the point of view of the interlocutors whose problems we are proposed to solve. Convinced of the goodness of their positions and their superiority, which therefore does not admit objections. A trait that African susceptibility to its colonial past did not fail to immediately notice, reacting with a mistrust that has certainly not benefited, up to now, the success of the proposed measures.

Imagining that things will change in the following without a European change of preventive method is unlikely. Nor, at present, is it surprising that the idea prevails among African states that immediate loans from the Chinese or investments made by the Arabs are better for the development they envision than European offers. judged unsustainable for their living conditions.

It will certainly not be European interventions, conceived in Europe and configured according to the parameters in force here – even if they were accepted without reserve by African states – that will encourage a development of the Continent that is an expression of the will of its peoples. So as to make them reach the level of life that a continent full of great resources should allow to all its inhabitants, with the benefits of all kinds that can come, for themselves and for others, on several levels. Without conflicting, in setting this goal, with the culture and traditions of its people, but rather by establishing a dialogue which, by broadening the horizons of both interlocutors, allows for credible relations between the two parties. To whom it is this difference in civilization that gives value.

If it is true that Chinese policy towards Africa responds exclusively to an interest in penetrating this area of the globe, by unscrupulously taking advantage of the weaknesses of many countries – and arouses alarm in the West – the solution is probably not to make it an intended competition. not to stand up to comparison. Both because it is late, and because it too is not exempt from the suspicion of aiming at purposes that, perhaps, are not the same as those to whom it is addressed. As it seems that the latter have not even been consulted on the matter, it is unfortunately not possible to know for sure. What seems certain is that, waiting to be ascertained, even the Global Gateway remains, for now, in the balance and the desired benefits suspended for both parties.