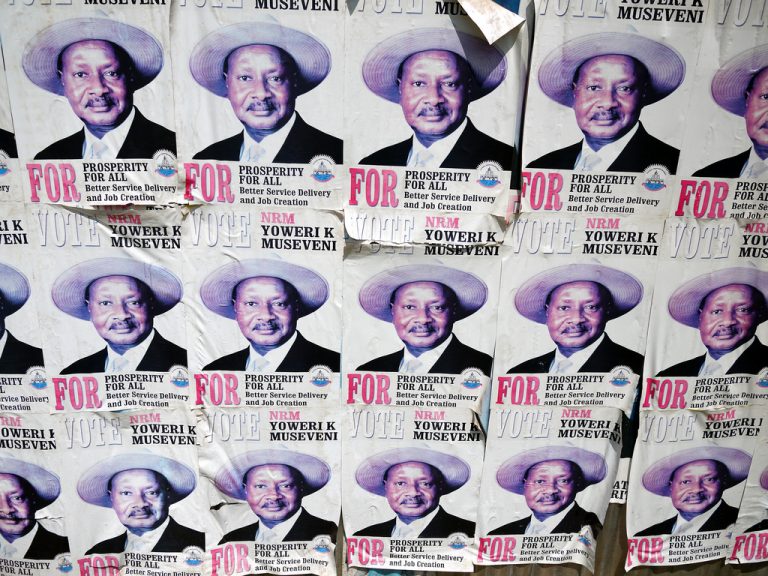 On 14 January, Uganda votes to elect a president, parliament and local representatives. The unrelenting President Yoweri Kaguta Museveni, in power for 34 years, is running for a sixth term and, as usual, he has not failed to denounce the LGBTIQ community at his rallies, accusing them of taking orders from outsiders and that they “don’t like the stability and independence of Uganda”.

The election campaign, that began on 9 November, has been characterized by the killings of protesters, attacks against supporters and activists of the opposition and threats against human rights defenders, civil society representatives and journalists.

According to official sources, 54 protesters were killed on just the 18th and 19th of November, followed by the temporary arrest of well-known singer and leader of the opposition, Robert Kyagulanyi, known as Bobi Wine.

In November, the National Bureau for NGOs suspended the activities of the newly-established National Election Watch and a month later, the accounts of Uganda’s National NGO Forum and the Uganda Women’s Network were frozen on the unfounded charges of financing subversive activities.

In December, the Human Rights Network for Journalists reported over 100 cases of human rights violations, especially attacks by the police against journalists who were covering political rallies. The Foreign Correspondents Association, in turn, reported three attacks against its members.

No less, the measures to respond to the COVID-19 pandemic have been used to justify the political repression: on 26 December, the Election Committee suspended all political rallies in 10 districts in the country that are considered opposition strongholds.