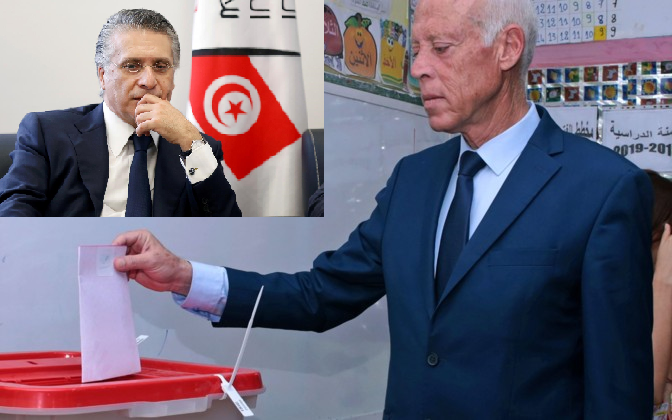 Nabil Karoui, a Tunisian tycoon, is the revelation of the second free presidential election since the Jasmine Revolution. He is up against Kais Saied, a jurist and professor of constitutional law, in the second round of voting. Saied finished first with 19% of the vote.

The run-off is set to take place by 23 October. The official results will be announced by the electoral commission within the next 24 hours.

Tunisia’s “Berlusconi”, as the media mogul has been nicknamed, received 15% of the vote. Notwithstanding the fact that he has been in prison since 23 August for tax evasion and money laundering,  Karoui has a good chance of becoming President of Tunisia.

He is supported by protest voters. Political analysts and observers view this as an “electoral uprising”: Voters in the North African country have decided to vote for the two candidates seen as political establishment outsiders.

A hard blow for the traditional parties whose candidates received disappointing results.

Abdelfattah Mourou, candidate for the conservative Islamist Ennahda party, received less than 11%, while the current Head of Government, Abdelkrim Zbidi Youssef Chahed, and the Minister of Defence, received 9.4 % and 7.5%, respectively.

Since 2015, Tunisia has been led by a coalition government that primarily unites the “moderate” Nidaa Tounes party and conservative Islamist Ennahda.

However, the “uprising” of Kais Saied that led him to the top in the results is only relatively surprising. Polls had put him in second place after Nabil Karoui for some time.

Nicknamed “Robocop” for his monotone voice, Saied, 61 years old, was not well known, but after frequent appearances in television debates that preceded the adoption of the constitution in 2014, he slowly acquired the public visibility that has taken him to lead this important election. An election that marks a turning point for the future of Tunisia, the only democracy that arose from the Arab Spring.