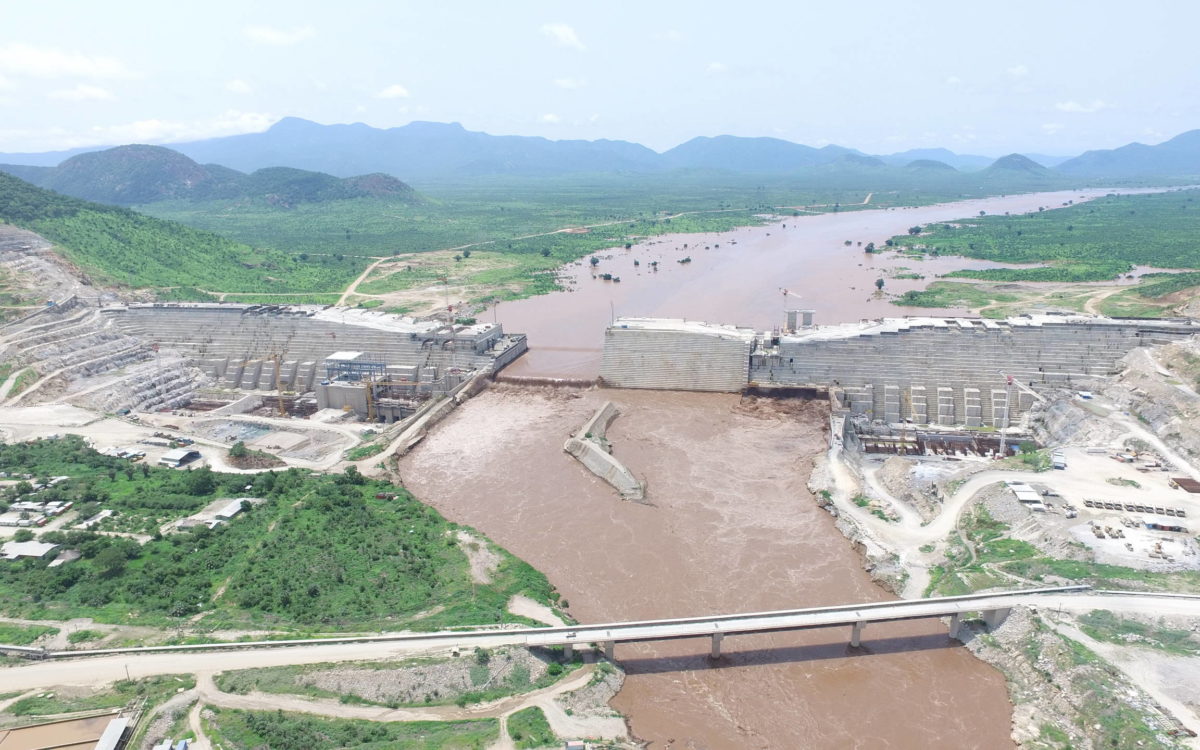 Egyptian President Al-Sisi has declared that the GERD – Grand Ethiopian Renaissance Dam, the dam on the Blue Nile in Ethiopia could create “unimaginable instability”.

Issues with the giant project, the dam, have been going on for 10 years between the three main actors involved; Egypt, Sudan and Ethiopia.

Al-Sisi stated, “I’m not threatening anyone here, our dialogue is always reasonable and rational,” and added, “I say once again no one can take a drop from Egypt’s water, and if it happens there will be inconceivable instability in the region.

“Any act of hostility is detestable … but our reaction in the event that we are affected” by a reduction in Egypt’s own water supply “will affect the stability of the entire region”, he declared at a news conference in the Suez city of Ismailia.

The dam, which is near completion, was constructed to access water from the Blue Nile in Ethiopia and according to Prime Minister Abiy Ahmed , it will have a positive impact starting from the supply of electricity  for 110 million Ethiopians.

“Ethiopia doesn’t have any intention to cause harm to Sudan and Egypt. But we also don’t want to live in darkness,” Ethiopian Prime Minister Abiy Ahmed said last week.

The waters of the Nile cross 10 countries and brings them fertility and life.

For Prime Minister Abiy Ahmed, the GERD represents the possibility for growth and wellbeing in Ethiopia.

Sudan, which is downstream, fears that the water from the dam is literally a risk if the GERD is filled before an agreement between the three parties is reached.

Al-Sisi, President of Egypt, which is also downstream and depends on the Nile for about 97% of its water, sees the mega-dam in Ethiopia as a threat. He said that Egypt’s share of the Nile’s water is “a red line”.

At a news conference last Tuesday in Addis Ababa, the spokesperson for the Ethiopian Ministry for Foreign Affairs, Dina Mufti, said that Ethiopia remained committed to maintain talks between the parties that also involve the African Union (AU).

Last month, Sudan proposed mediations between the UA, the European Union, the United Nations and the United States which was accepted by Egypt but not by Ethiopia.

The issue of the GERD is closely linked with the war in Tigray which began on 4 November of last year. Ethiopia and Sudan are on the verge of war, literally. In addition to the large deployment of military forces along the border due to the flux of Tigrayan refugees that have crossed into Sudan, the two countries have a longstanding dispute over the claim a portion of land that was already an issue before the war in the Ethiopian region.

Egypt’s position, on the other hand, is its alliance with Sudan over the issue of the GERD and  the contention over water supply from the Nile with Ethiopia.

It will be interesting to see how Ethiopian Prime Minister will work it out and find the right balance to solve, or at least mediate, the crisis and instability he created, whether willingly or not, for Ethiopia.