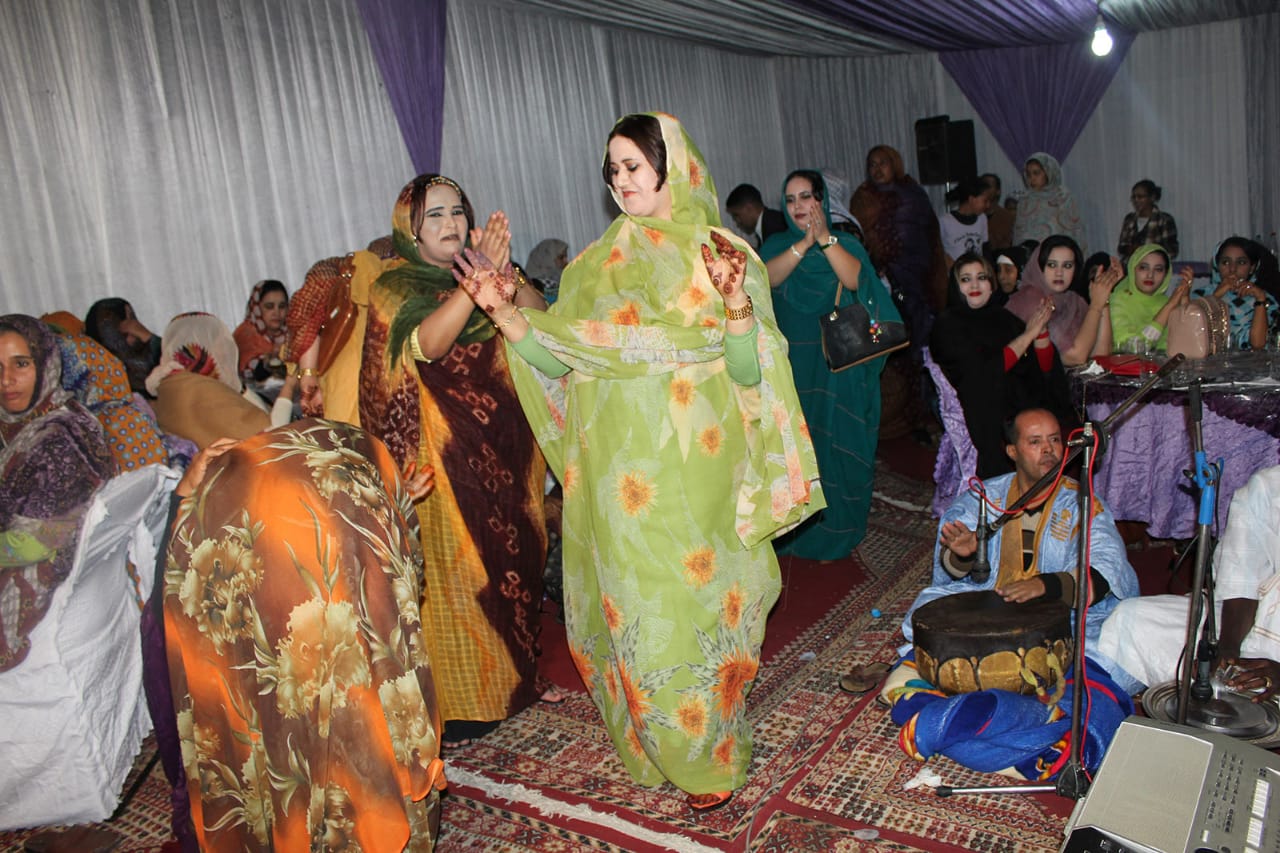 Unlike women from other countries in the world, Sahrawi women celebrate divorce. Actual parties are organized to sanction their return home to their family. Their family is a safe haven where they can take refuge every time their husband mistreats or leaves her.

She is not accused of being the cause of the end of her marriage but rather from that moment, she begins a new phase in her life in which there is no room for the shame of a failed marriage and society doesn’t hold her responsible for it.

The moment in which a Sahrawi woman asks her husband for a divorce, she moves from her husband’s home to her family home with her children. Her mother and sisters welcome her back with music and dances. They are happy for her return and that she is safe from the husband who has become an enemy to her family whereas before he had been respected and highly regarded.

The divorced woman’s friends organize a party with music and poems that celebrate her beauty.  The poem circulates so that it reaches the highest number of potential candidates to marry her.

In some Sahrawi tribes, one of the unmarried men, the Tahrish, organizes the ceremony for the divorced woman with the aim of “making fun” of the woman’s ex-husband in order to trigger his jealousy,  that might induce him to change his mind about leaving her. During the party, the man describes the woman with the most beautiful words and describes her best qualities.

After the family’s celebration, the divorced woman prepares a meal for her friends and acquaintances and after this dinner party, she receives verbal invitations from the men who want to marry her.

Experts in sociology believe that women celebrate divorce due to a variety of reasons, including the fact that the Sahrawi consider showing the husband that the woman he left isn’t depressed but rather quite satisfied with the separation, is an appropriate reaction to divorce

When a divorced Sahrawi woman wears her finest clothes, puts on make up and covers herself in henna, it is an expression of her readiness of mind to enter a new marriage.

A popular Sahrawi proverb says that the value of a woman is in the number of her marriages! Or rather, if a Sahrawi men love to marry a divorced women, unlike their counterparts in all other Arab societies.

A Sahrawi woman believes it inappropriate to go to court to claim her rights after divorcing a man who abandoned her, because she is not an asset to be valued in cash nor an object. All she needs to be gratified is receiving compliments at the parties organized in her honor to celebrate the joys of divorce.

Qaboos. who lived for humanity