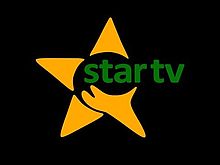 The government of Tanzania, already notoriously allergic to freedom of the press, has imposed a gag order on news about the COVID-19

At the beginning of April, Star Media Tanzania Ltd, Multichoice Tanzania Ltd and Azam Digital Broadcast Ltd were fined (five million shillings, about 200 euros) and forced to make a public apology for broadcasting “false and misleading information” on Tanzania’s response to COVID-19.”

On 18 April, the newspaper Mwananchi had its license suspended and was also fined five million shillings for publishing a photo of President Jonh Pombe Magufuli surrounded by a crowd at the fish market in Chato, a village in northwestern Tanzania.

It unleashed a lively debate on the effectiveness of protective measures against the pandemic and on how authorities were not giving a good example. The government defended itself with the classic response: It was an old photo.

The next day, authorities suspended Talib Ussi Hamad, a journalist with the daily newspaper Daima. The official reason was that he wrote an article on a COVID-19 patient without the patient’s consent.