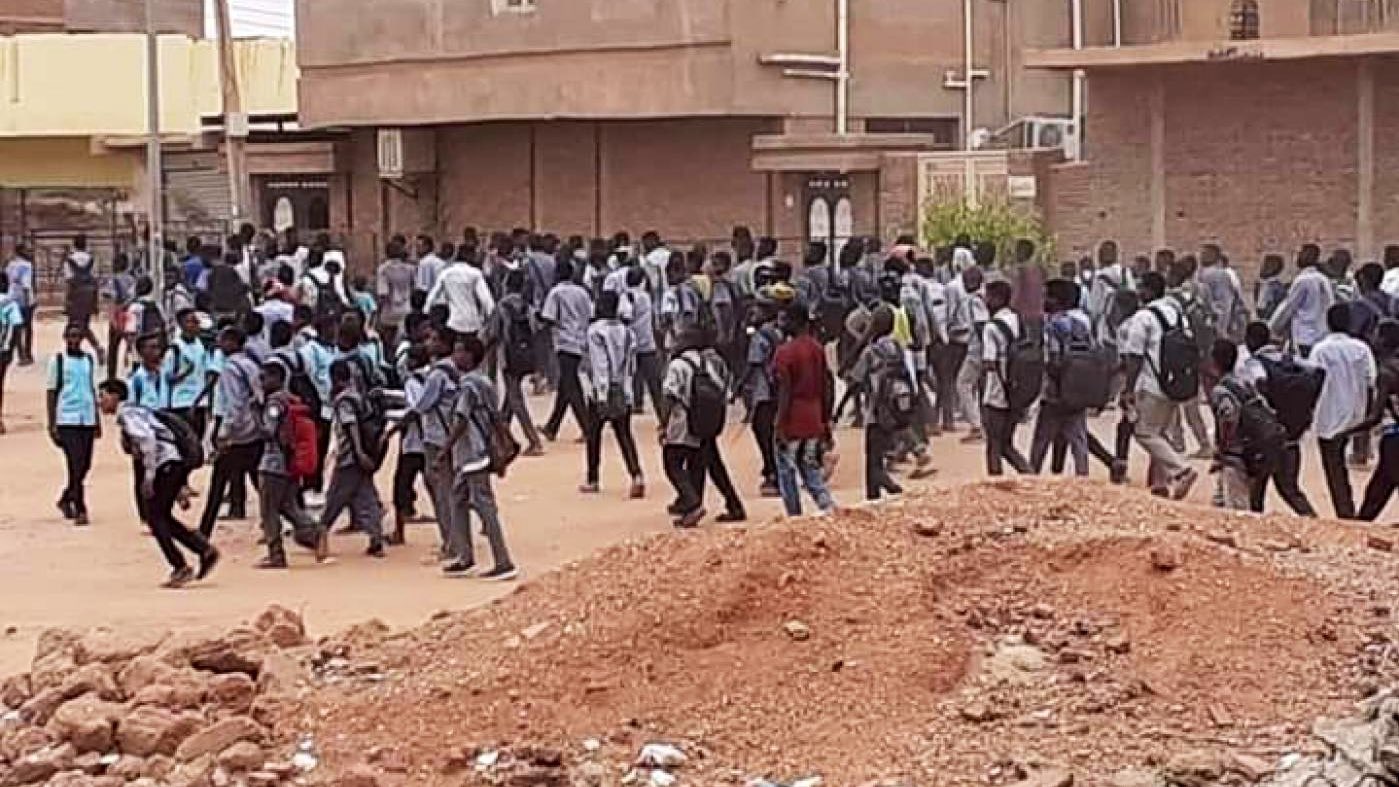 The road that should lead Sudan to democracy continues to be paved with pain and blood. The victims of the latest demonstration were little more than children, students who took to the streets in El-Obeid, in the state of North Kordofan, to protest against the new restrictions on the population, including the price of bread and fuel, as well as to manifest dissent over the agreement between civilians and military reached on July 5.

Negotiators for the protest movement that led to the fall of the dictator President Omar Hassan al Bashir, cancelled the planned talks with the ruling government and demanded an investigation into the deaths of the five teenagers.

“There will be no negotiations today as we are still in El-Obeid,” announced Taha Osman from the town where the students were shot to death.

The United Nations has also called for an investigation into the shooting, and the protest movement continues to ask that the ruling generals give up power immediately.

The protesters have accused the Rapid Support Forces, the paramilitary forces commanded by the powerful general Mohamed Hamdan Dagalo, of opening fire on the peaceful protest.

Several sources have aired the possibility of a ‘conspiracy’ to crush negotiations that would lead to the transition in Sudan. Abdel Hussein, a member of the Sudanese opposition, is among those who denounced the attempt to derail the agreement following the massacre in the state of North Kordofan in Sudan. According to Hussein, in addition to the five students, there are other victims: at least ten people did not return home and the families have not heard from them since the day of the protest.

“It is continuation of a series of massacres adopted by supporters of the past regime,” stated Hamid Aldood on BBC’s Newsday program. He is a member of the Sudanese Professionals Association (SPA), the group that has led protests in Sudan since last December.

According to the Central Committee of Sudanese Doctors in El-Obeid, at least 62 people were wounded. Authorities announced a state of emergency in the area and it was placed under night time curfew. Protesters immediately accused the Rapid Support Forces who were also behind the June 3 massacre in Khartoum.

After this further act of unreliability by the military, negotiations for the formation of the new government slow down.

For now, the schools in the country have been closed and the Sudanese continue to manifest their discontent with protests against the rise in price of basic foodstuffs and against Bashir’s regime.