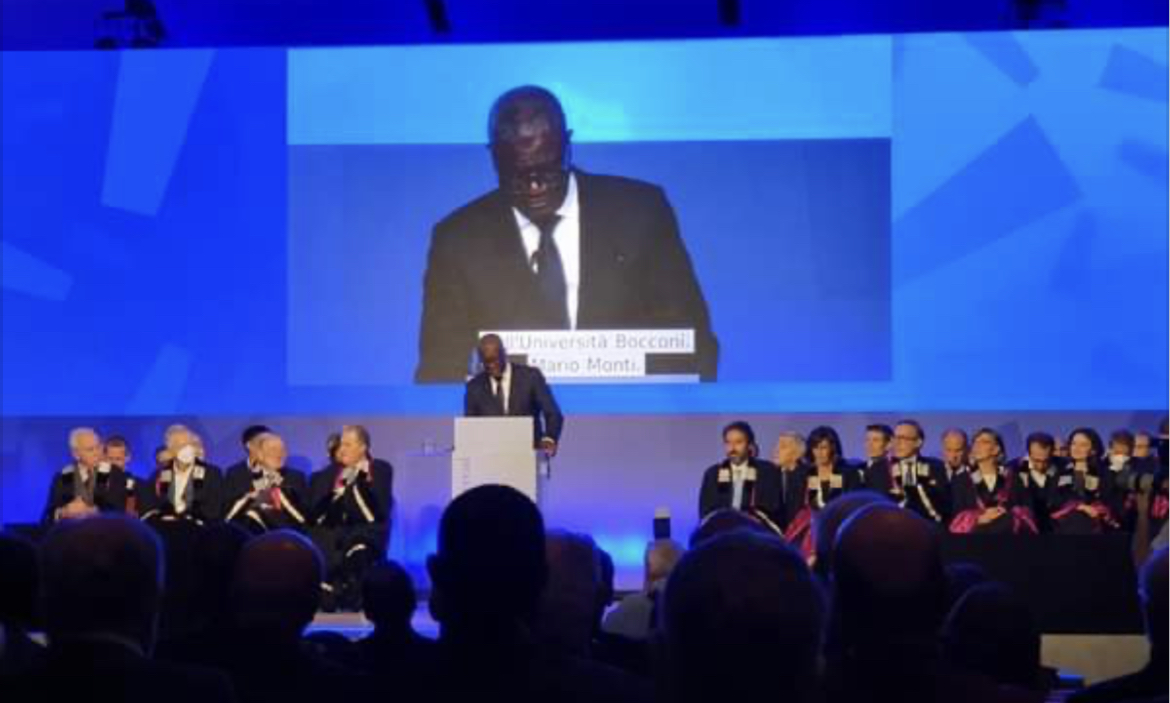 Studying, analyzing, and understanding complexity. In a world dominated by economic and geopolitical shocks that make it increasingly difficult to make predictions, we must be able to carry out problem framing, even before problem solving.
This was the theme today at the core of the 2022-23 Academic Year Opening Ceremony, highlighted by President Mario Monti and Rector Gianmario Verona, who discussed the role of education and research in shedding light on the world’s complexity.
Bocconi’s commitment to consolidating its role as a research University in the social sciences was also stressed as a key to providing its community with the tools to approach complexity. “Dealing with complexity means changing the simplistic perspective of ‘finding a single optimal solution’. And to do this, Bocconi has opened up to new skills and collaborations,” said Verona in his speech.
The event was enriched by an intense speech by Dr. Denis Mukwege, 2018 Nobel Peace Prize Laureate, activist for human rights and gender equality and founder of the Panzi Hospital in the DRC, devoted to the care of women victims of wartime rape. President Mario Monti and Dr. Mukwege also remembered Luca Attanasio, Italian Ambassador to the DRC and Bocconi alumnus who died in 2021 during a humanitarian mission. “I had the pleasure to meet him. I remember him as an altruistic person fighting for human, children and women’s rights. Today I’m here to honor him through what I think is the only way to do that; the way of peace,” said Dr. Mukwege.
To read the Rector’s speech and to delve deep into all the topics discussed during the ceremony: