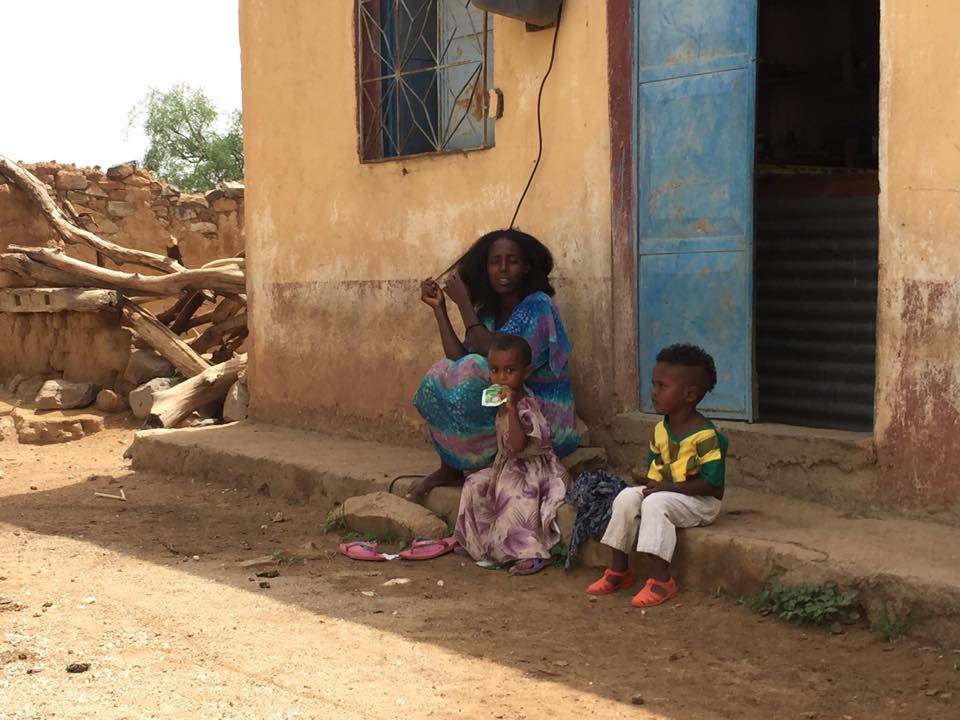 It’s amazing how here in Africa things are lived and perceived in a completely different manner than in Europe, and in Italy in particular. In Africa, the question on immigration seems absurd: allow women and children to die in the Mediterranean Sea or die in lagers in Libya?

What does anyone really know about the African continent? Fifty-four countries, over 1.2 billion inhabitants, over 2,000 Languages. Yet, Italy “knows” it as the nation of “immigrants”. Africa is a large and complex reality where women and children should have the same opportunities as everyone else. We are here to discover feelings and emotions, to listen and try to understand. Children who die of disease are mourned just like they are in places where they are cured.

It all seems incredibly absurd to me. No one in Africa wants to leave their country knowing that they are putting themselves in the hands of criminals that, if you can’t pay them, kill you and take an organ that is worth more than a life and sell on the black market that includes healthcare workers a la Dr Mengele. Who will ever forget the children Josef Mengele slaughtered for absurd and criminal experiments at Auschwitz

However, while Europe continues to discuss whether they will receive 5 or 10 immigrants, Africa is still waiting for the Marshall Plan that has been spoken about for some time but never put into action. In the meantime, Europe waits for wars, drought, hunger, fires, Ebola, AIDS, Malaria, Tuberculosis, Diarrhoea in children and cancer to end the “problem” of “immigration” soon. The latest calamities in recent months are in fact fires and cancer.

Everybody knows that the Amazon is burning, but it is little known that Africa is also in flames. And has been for much longer. The Congo and Angola, in fact, have been devastated by large fires since mid-July: the worst in 15 years.  A catastrophe that has been all but completely ignored. Satellite photos by NASA show how smoke on the African continent was seen many days earlier than the smoke produced from the fires in the Amazon.

But the West was indifferent to the matter. Our planet is in flames. But preoccupations vary from region to region. And Africa is not one that matters.

In recent weeks, Angola registered over 7000 fires, the Democratic Republic of the Congo, 4000. According to Europe’s CAMS (Copernicus Atmosphere Monitoring System), the country in central Africa currently registers the highest number of biomass burning in the world. The fires in Sub-Saharan Africa represent about 70% of burnt land worldwide. Together with fires in Alaska, Canada, Greenland and the Amazon, they determine a rising danger in climate change.

The impact of climate change on the capacity to produce food and wellbeing in Africa is tragic. It perpetuates migration and a high risk of war caused by desertification and drought.

According to the UN, those paying the consequences of global warming are above all the low-income populations in Africa and Asia with wars and migration. However, even though the IPPC warns that the Mediterranean and Italy in particular are at high risk of desertification and fires, it seems that the matter doesn’t interest our institutional representatives.

People die of cancer everywhere, but in Africa in particular. Not just of infectious diseases. Cancer takes about 11 million life-years of childhood. The Lancet Oncology showed how the burden of childhood cancer in terms of lost lives because of poor health, disabilities and early death in 10 life-years.

The emergency (?) involves mainly poor countries. The number of new cases of childhood and adolescent cancer (between 0 and 19 years old) accounted for about 416,000 new cases globally in 2017. Children in lower-resource countries account for 82% of the total with over 9.5 million life-years lost. The five-year survival rate after childhood cancer diagnosis reaches 80% in high-income countries compared to a survival rate of less than 30% in low- and middle-income countries.

I have visited many, too many, children with cancer in Africa. It’s a terrible feeling knowing that you’re going to give this diagnosis and can’t do anything. Yet you know there are treatments that in many cases could cure many of them. But a twisted logic of profit prevents the use of lifesaving drugs that have been available to us for years.

There’s only one possibility for saving the life of a child with cancer. Bring him to Italy. And it’s incredibly difficult to do. Almost impossible. We did it. I’m talking about Goitom. I want to thank my colleagues at the Regina Elena and San Camillo hospitals, and the San Camillo Forlanini hospital for their commitment to saving children destined to certain death in their countries.

However, had we invested in a clinical-scientific collaboration, we wouldn’t have immigration, journeys of despair and shameful profiteering.

God, forgive Europe. If You can.