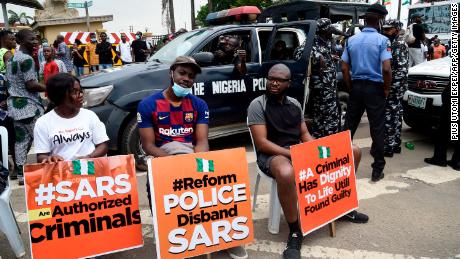 The campaign has yet to achieve the goal it set, that is dissolving the Nigerian Special Anti-Robbery Squad (SARS) that is responsible for hundreds of deaths.

For its part, for the past 100 days the government has not only covered up and denied the massacre claiming that absolutely nothing happened at Lekki, it has also continued to intimidate promoters and supporters of the #EndSARS campaign by freezing their bank accounts, exposing them to smear campaigns and arresting and torturing them. Some of them have been forced into exile.