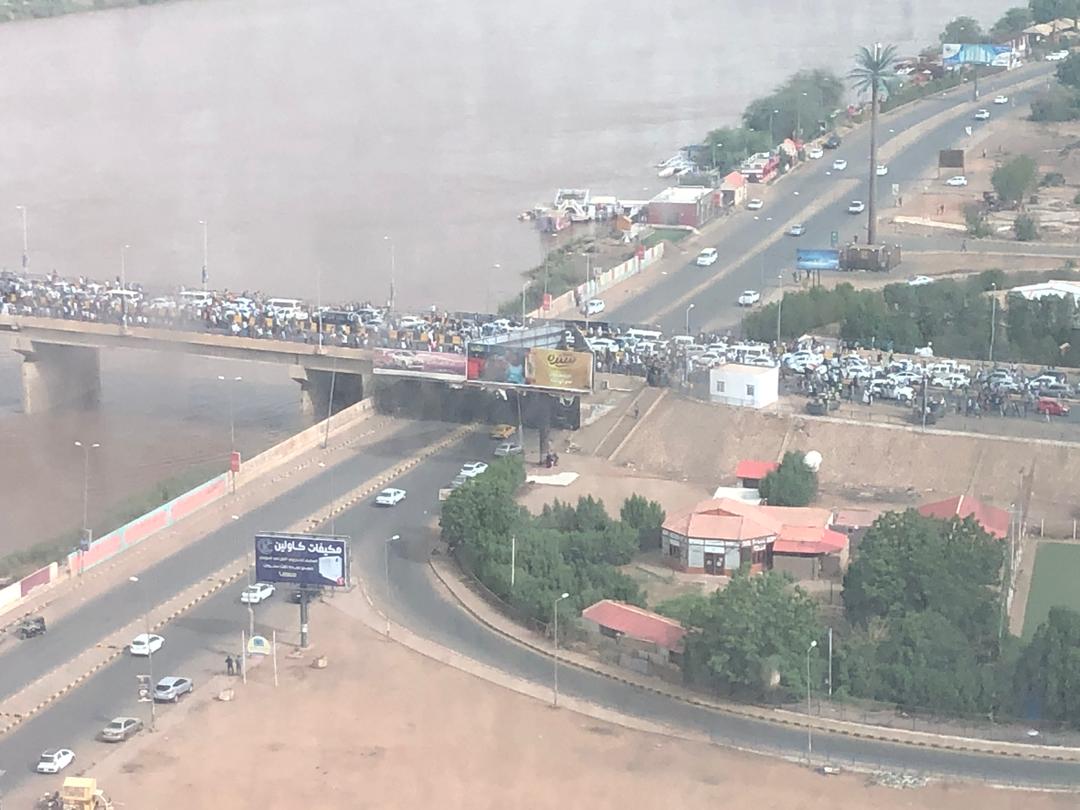 Over a million people took to the streets in Khartoum and other cities in Sudan in a peaceful demonstration to demand a civilian government.

The Sudanese people returned to the streets to press the Transitional Military Council (TMC), in power since the coup that ousted President Omar Hassan al-Bashir on April 11, to hand over power and respect the wishes of the population.

The date is very symbolic. Thirty years ago, on June 30, Bashir, the President at the time, led a coup d’état that removed the elected democratic president, Sadiq al-Mahdi, from office.
Today, the former dictator is in prison awaiting trial for his crimes, but the Sudanese are not free, yet.
Despite the massacre that took place on June 3 when the Rapid Support Forces, government paramilitary forces, caused the deaths of 130 people protesting outside military command headquarters, men, women and children were not afraid to protest.

And once again, the ruling generals that took over the country used violence to clamp down on protesters asking for freedom, justice and democracy. Hundreds of wounded, many in serious condition, and 7 deaths is the toll of repression. Up to now.

While the police launched tear gas, snipers opened fire on the crowd in Khartoum during the protest march to stop them from crossing the bridge that connects Omdurman to the capital city and reaching the presidential palace.

A pattern that has already been seen; the same modus operandi inflicted on tens, hundreds, thousands of times to repress opposition. In Khartoum, like in Darfur, the Nuba Mountains and all the other regions in Sudan, the Bashir government previously, and the military government that deposed him currently, use the militia, the notorious Janjaweed, to “clear out” areas they want to control.

When the last regime ended, Sudan fell into the hands of assassins who are just as ferocious.

The armed wing of the Transitional Military Council, the paramilitary forces that changed name but maintained their methods, is led by General Mohamed Hamdan Dagalo, better known as ‘Hemedti’. It is evident that General Abdel Fattah al-Burhan is not leading the military government but rather that the strongman mobilizing the death squads is and that he is taking control.

In this context, it seems somewhat surreal that the TMC declared it wanted to open an investigation to determine who fired into the crowd and that is ready to resume talks with opposition groups.

But the opposition has no intention of negotiating with those whose hands are stained with the blood of hundreds of Sudanese. “Before we continue negotiations, we deserve justice.” This is the firm position of the Sudanese Professional Association that, as was reiterated today, will continue their “non-violent resistance” until the military hands power over to a civilian government. A new general strike has been called for April 14 and further repression is inevitable.