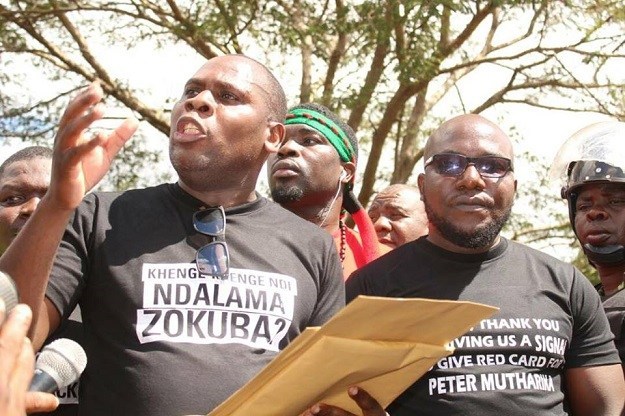 Gift Trapence and Reverend McDonald Sembereka, two activists with the Human Rights Consultive Committee (HRCC) were arrested on 8 March in the capital city, Lilongwe. A third activist, Timothy Mtambo, was issued an arrest warrant and his arrest is imminent.

The only thing they are guilty of is mobilizing a national protest against last year’s election. The election was annulled and a new one is scheduled to be held on 19 May 2020.

Tension is high in the country. Many human rights defenders have been threatened, even by the President.

Mtambo is alive by miracle. Last August, unidentified men threw three Molotov cocktails into his home. One of them torched his car, another one the gate to his home, and the third one narrowly missed his house.