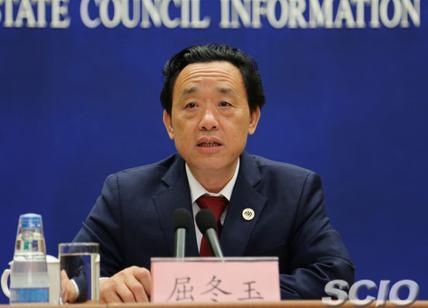 Qu Dongyu of China, Vice Minister of Agriculture and Rural Affairs of China, is the ninth Director-General of the Food and Agriculture Organization of the United Nations (FAO). The high-ranking Chinese official, who has just turned 57, will begin his term officially on August 1 and run to July 31, 2023. Qu was nominated during the 41st session of the FAO Conference, the highest governing body of the UN Organization which is based in Rome. The Vice Minister won with an ample majority of 108 votes surpassing the French candidate Catherine Geslain-Lanéelle, who drew 71 votes, and Georgia’s Davit Kirvalidze who received 12 votes.

Born in the southern province of Hunan Province in China in 1963, Qu has had much experience in the agriculture sector. The newly elected Director-General of FAO graduated from Hunan Agricultural College in 1983 and received a Master Degree in Plant Genetics and Cultivation from the Chinese Academy of Agricultural Science. In 1996, Qu obtained a Doctorate Degree in Agricultural and Environmental Sciences from Wageningen University in the Netherlands.

From 2008 to June 2015, Qu was Assistant Chairman then Vice Chairman of the Ningxia Hui Autonomous region. As such, he contributed to introducing polices for the development of specialized local industries by applying new approaches to publications on agriculture and rural tourism and by improving microfinancing for young farmers and women for new start-up businesses.

As Minister of Agriculture of China, among the tasks he performed, Qu worked to promote market-oriented agricultural development supported by Information Technology, and launched an agricultural exchange system between large and medium-sized cities in China, fostering the creation of agricultural brands and specialized industries.

According to his official profile, the Chinese scientist also contributed to the drawing up of important domestic policies including China’s 13th Five-Year Plan on International Agricultural Cooperation, in particular with African nations, and the Vision and Actions Plan to promote joint agricultural cooperation in the Belt & Road initiative. The Chinese Vice-Minister was also extensively involved in international cooperation in this area, including the activities of the cooperation mechanism between the Association of Southeast Asian Nations (ASEAN) and China, Japan and South Korea.

Qu participated in the development of numerous and important South-South cooperation programs with FAO, the World Bank and other international organizations.

Qu will be the first Chinese official to serve as Director-General at the UN Organization since its founding. Qu will succeed Brazil’s Jose Graziano Da Silva who was elected the first time in June 2011 and confirmed in 2015, becoming the first FAO Director-General to serve for two consecutive four-year terms.

The Food and Agriculture Organization of the United Nations was founded in 1945 in Quebec City, Canada. The FAO has 194 Member Nations, one member organization (the European Union), and two associate members (the Faroe Islands and Tokelau).