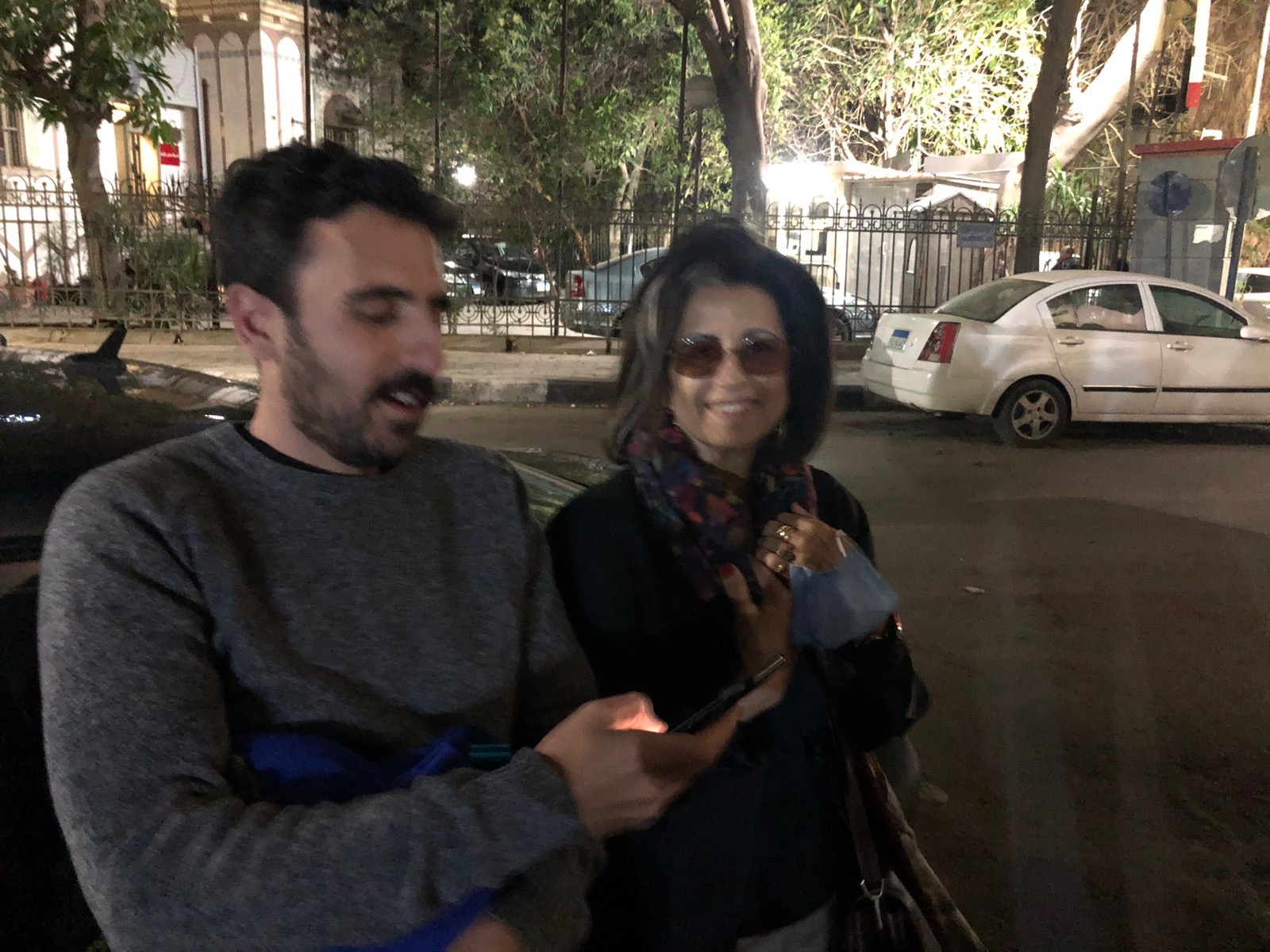 Yesterday, at about 5:00 pm, the ordeal that saw the arrest of novelist Ahdaf Soueif, her niece Mona Seif (prominent activist during the protests in Tahrir Square in 2011) and Rabab el-Mahdi, associate professor of Political Science at the American University in Cairo and also taught Giulio Regeniin 2015-2016 who was carrying out research at the AUC on independent Egyptian trade unions, came to an end.

Laila Soueif’s detention ended later, at around 10:00 pm, after a further 3,000 Egyptian pounds bail was paid (compared to the bail imposed by the State Security Prosecutor’s office and paid for by the others). Laila, who is Ahdaf’s sister and Mona’s mother, teaches maths at the University of Cairo and is a prominent and popular intellectual in Egypt.

The four women were arrested on 18 March while peacefully protesting outside the Egyptian Cabinet asking the government to take serious steps against the spread of the COVID-19 in the overcrowded Egyptian prisons. They were also asking for the release of sick and elderly prisoners, pregnant prisoners and political prisoners. Among the latter is software developer and blogger, Alaa Abdel-Fattah, a prominent figure in the Tahrir Square revolution who was sentenced to five years in prison in 2015 for violating the anti-protest law passed by President Abdel Fattah al-Sisi. He was arrested again in September on charges of protesting against the government and detained in the infamous Tora prison.

The four demonstrators were also protesting against the recent government ban on visits to prisoners by family members due to the COVID-19, but that, according to Mona and Laila (Abdel-Fattah’s sister and mother respectively), actually raises an iron curtain of silence on the spread of the virus inside prisons.

Initially held at the Qasr el-Nil Ahdaf police station in downtown Cairo, Mona, Laila and Rabab were later taken to the Supreme State Security Prosecution. Yesterday morning, no official decision had been made by the State Prosecutor so they were brought back to the central police station and held in custody facing charges of unlawful protests and spreading fake news on the negligence in Egyptian prisons regarding the COVID-19.

Laila Soueif, who began a hunger and thirst strike the moment she was arrested, was taken back to the State Security Prosecutor’s office in the Fifth Settlement at 2:30 pm. Then, as stated above, she was released in the evening after paying a higher bail.

The arrest of the four intellectuals and human rights activists immediately raised attention in world media including PEN International who called for the immediate release of novelist Ahdaf Soueif who is also known for her contributions to The Guardian and is founder and president of the PalFest, the Palestine Festival of Literature.