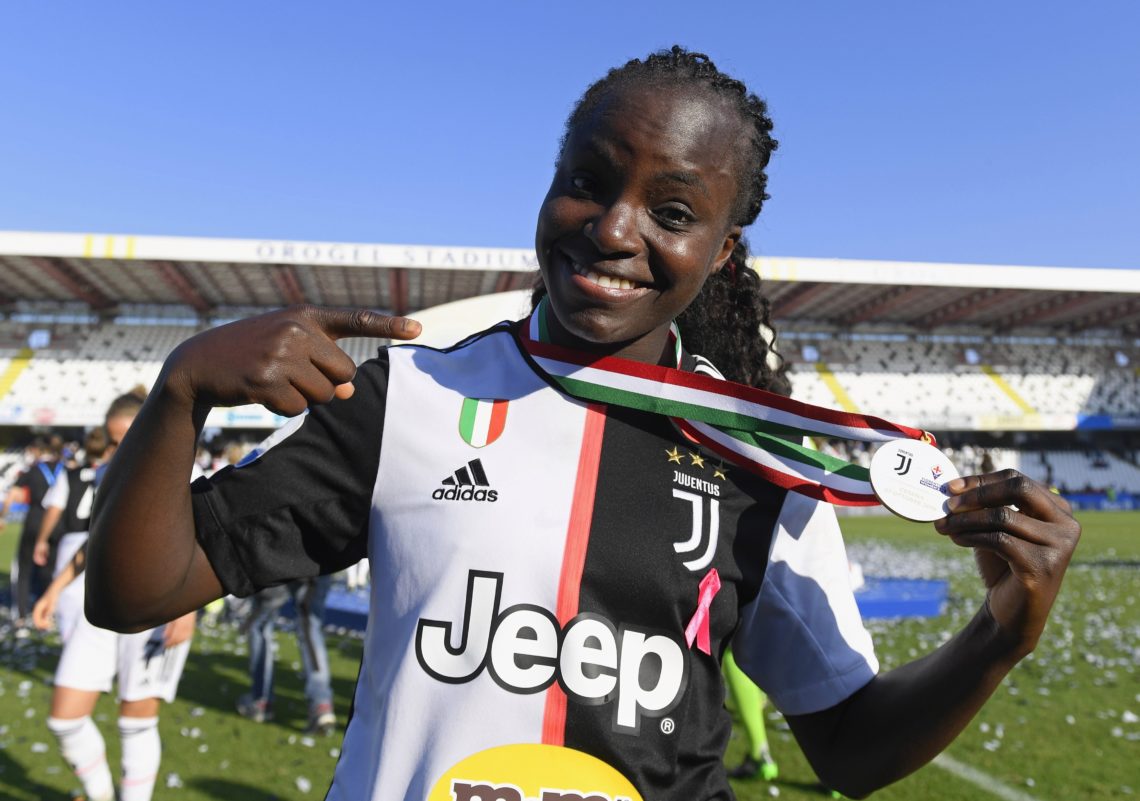 At a time in life when a rich, young, beautiful woman, who is internationally famous and has extraordinary insight and a wealth of ideals says, “Enough” and decides to leave Italy and a team like Juventus because of racism, that’s the time soccer games must stop. Soccer isn’t a world unto itself, it’s not a stranger to social context, it’s not a happy place (these days least of all) and it can’t turn a blind eye. The moment Eniola Anuko, 32 years old from Lagos, Nigeria, said that she was treated like a thief in some stores in Turin and was sniffed by anti-drug dogs at the airport as if she were Pablo Escobar, the Italian women’s soccer champions and fellow Juventus teammates should have refused to take the field. It is unacceptable that stadiums have become a type of “free zone” where any idiot can give free rein to their feral instincts, extolling fascism, Nazism, evoking gas chambers with shocking slogans and whistling or making monkey sounds at black players.

I say this as a sports enthusiast, as a Juventus fan, as a passionate and, at times, almost visceral supporter. Italian soccer  must say, “Enough!” We should be the ones setting an example. We have to show Eni our full support and the affection she deserves. We have to try and convince her to stay, even though it’s next to impossible now, otherwise small-mindedness will kill us and lead dozens of champions, in all sports, to give up on our country. It will lock us up in a cage of stupid xenophobia leading to year zero, the stone age of human rights and civil coexistence.

Eniola Anuko is our sister. She is now and forever one of us, a symbol, an example, a point of reference. Offering her a feeling of warmth and friendship from a population, a newspaper, a civilized and supportive community that still exists in Italy, is a moral duty that goes beyond sports.

It may even be true that Eni has other interests outside soccer, that she has been thinking about leaving for some time, that her reasons are last-minute and that, well, sure, she is the victim of shameful events but she may also be milking it to some extent. I’ve listened to all sides, I’ve done my homework carefully and I don’t think it’s right to make a symbol out of a complex and particularly multifaceted personality. But the intolerable sensation that our country is slipping into a state of unprecedented moral poverty with violence, hate and barbarity remains.

Then again, when I interviewed the French all-star player Thuram in Paris, he warned me about the fact that some black champions chose to play in other countries because they feared they couldn’t integrate in today’s Italy and didn’t want to put up with the hordes of fascists, trouble makers and delinquents filling some of the bleachers.

So, in all frankness, this is not acceptable any longer. No more fascist salutes, boos, insults, racial slurs, and team managers who talk like thugs. Enough with all of it. This multi-layered malice has to be opposed with the utmost vigor, with absolute intransigence, with the courage, if necessary, to stop the championship, suspend matches, stop the vehicle that has lost control and is driving at supersonic speed towards self-destruction.

And even if an isolated event were only the proverbial straw that broke the camel’s back, it would nonetheless be grave. There will be a straw too many, a more hurtful whistle, or a banana thrown onto the playing field that won’t be tolerated anymore. A malicious act that goes beyond what an athlete, man or woman, considers superior to their own strength and staying power.

We cannot ignore a decision like Eniola Anuk’s to leave, just like we can’t ignore the profanities thrown at Balotelli and other public figures that are subjected to an endless stream of insults that are leading Italy into the abyss.

This country has become restrictive, vulgar, self-referential, petty, infested with concerns and fears with no grounds for existing. We are abandoning the 21st century and plunging into who knows where: a time out of time; a sort of colonial Saraband; illusions of grandeur like an autocrat in an operetta; a socio-political system without any thread of humanity left in it and, in contrast, the reflection of our seemingly uncontrollable deterioration.

We need to stop, get off the playing field, put an end to this unprecedented madness and not remain silent. Because silence is conspiracy, condescension, addiction. Silence kills and is complicit with horror.

Notwithstanding her imperfections and her very human contradictions, Eniola Akuko represents all of us. She is the part of ourselves that rebels against injustice. If we don’t support her like she deserves, it’s like handing Italy over to those that are tarnishing our country, transforming it into an arena filled with hate, resigned to an unhealthy disease carrier.