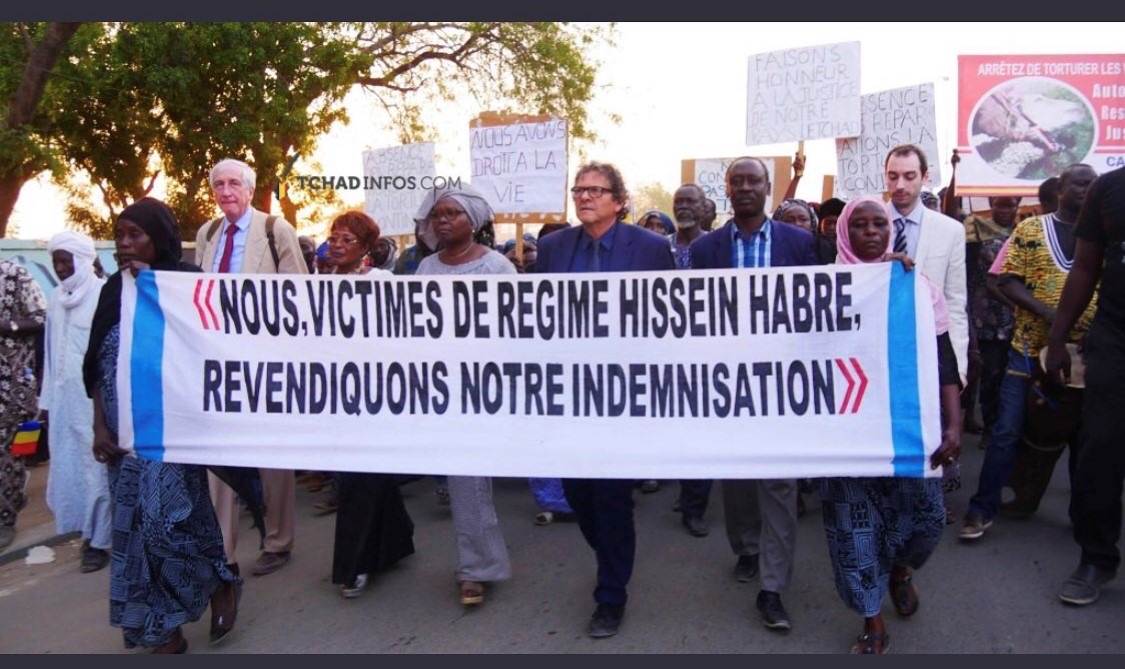 On 30 May 2016, the former president of Chad, Hissène Habré, was sentenced to life in prison by a court in Senegal established with the support of the African Union.

Habré was found guilty of crimes against humanity, war crimes, torture and rape committed during his regime from 1982 to 1990: over 12,000 single human rights violations including 1208 ordered killings or deaths in prison.

The conviction was confirmed a year later at an appeal trial. The appellate court ordered him to pay 82 billion CFA francs (€ 684 billion) in retribution to 7396 victims and ordered the African Union to set up a Trust Fund soliciting contributions from donations and recuperating other funds from Habré’s goods and property that amount to tens of millions of dollars he had stolen from the national treasury during his reign of terror.

The African Union has to date deposited 5 million CFA francs in the Fund, less than € 42 thousand. The point being, it is not operational.
In a separate trial, as far back as 2015, a court in Chad had convicted 20 of Habré’s former secret service agents for homicide and torture, ordering compensation for 7,000 victims for a total of 75 billion CFA francs (€ 62 million), half to be paid by the 20 convicted agents and half by the government. Not even one franc has been paid.
For the victims, who waited 25 years for their executioner to be convicted and who now risk not receiving compensation, this could be an atrocious mockery.