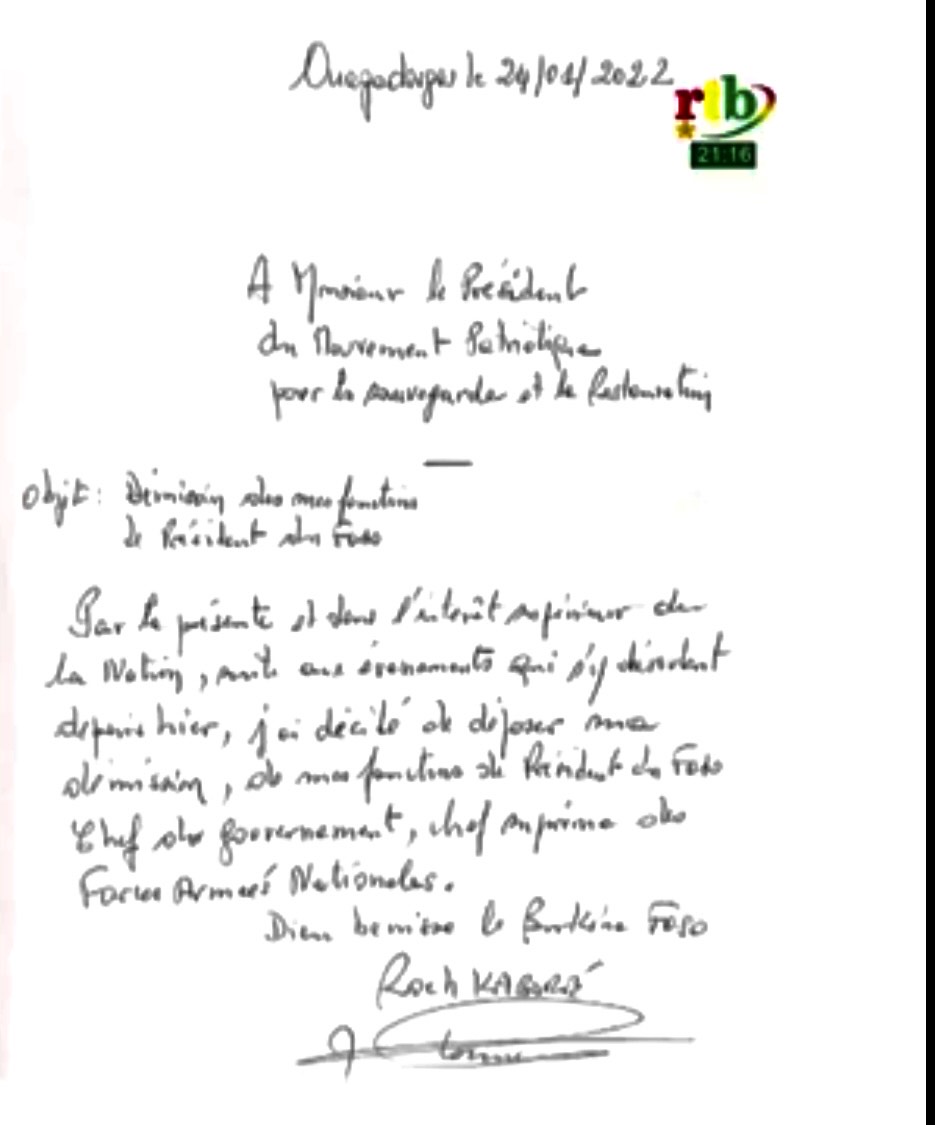 The new strongman in Burkina Faso is Lieutenant Colonel Paul-Henri Sandaogo Damiba leader of  Patriotic Movement for Safeguard and Restoration (Mpsr) which according to a statement read by a young captain on national television would represent all factions of the ‘burkinese army. At the end of official statement, Tv news showed a letter signed by the former president Roch Marc Christian Kaboré in which he resigned for the future of the people of Burkina Faso. Lieutenant Colonel Damiba still lends little to the media, but his figure has risen to prominence in recent months in Burkina Faso. In December Damiba has been promoted as security officer of the capital Ouagadougou region and last June he published a book entitled “West African Armies and Terrorism: Uncertain Responses” where all the peculiarities of terrorism in West Africa are analyzed. The new man from Burkina Faso graduated from the Military Academy in Paris and also obtained a master’s degree in criminology in France. In the past he had contact with the putschists who had already tried to overthrow Kaborè, but then remained loyal to the president. The appointment of Damiba had been a political attempt by Kaborè besieged by months of protests due to the continuing violence of the jihadists in the African country, above all to try to pull the army on his side, but the situation was now unmanageable. Once again the difficult situation in West Africa is complicated, which after the two coup d’etat in Mali and the one in Guinea, sees the military rise to power in Burkina Faso as well. It will be necessary to understand if there are personal relations between the coup leaders of three countries who were all trained in France and who probably participated in military exercises in the region. Both Colonel Assimi Goita in Mali and Lieutenant Colonel Mamady Doumbouya in Guinea have been drawn into the rapidly expanding orbit of Russia in Africa, which is ousting old french colonial power.